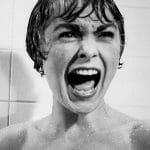 But it’s about authenticity. How to become authentic.

So, I think it’s worth consideration.

Here’s a true story, without the details: Last night, I failed.

By the time I received the text message, it was already too late.

I was instantly thrown into emotional crisis.
With good reason.

More generally, I felt: I just don’t get it. Am I incompetent?

I felt very alone, disconnected from others. I was downgraded to defensive independence from communal interdependence.

Here’s what I did to regain my equanimity.

I learned these methods from Steve Anderson. With a Ph.D. in behavioral psychology, Steve trains leaders. Several years ago, Steve was my coach.

Several months ago, he encouraged me to coach others. He taught me these models, from the coach’s point of view.

So, I’m a coach. And, since you are reading, I’m starting with you.

Here we go. Watch me. I’ll be your laboratory mouse.

Reaction Model
First, I must regain some balance. I must stop tripping over myself. This model helps:

Though the steps are numbered, in practice the model isn’t so linear. It’s circular. Last night, I went through the model immediately, then — as my emotions returned to overwhelm me — I repeated it about six times during the next 30 minutes. Each time was slower and more thoughtful. I saw patterns which refined and confirmed my plan.

The third step is the most complex. How do I assess what is happening?

When I am again breathing normally, the following model is helpful with the assessment.

When I face moments of confusion, crisis, or fierce independence (rather than collaborative interdependence), I consider this model.

The order (in the diagram) is in real time.
A: Stuff happens.
B: I perceive the event through my own lens, my own beliefs.
C: I feel good or bad, depending on how the event aligns with my beliefs.
D: My actions are supported or hindered by my emotions.

When I apply this model — during those delicious moments of emotional intelligence — my sequence is out of the real-time order:

C: Consequent Emotion.
What am I feeling? What is my emotion? Might be positive. Might be negative. What is it? Is my blood boiling? Do I feel rejected? Am I angry? Am I frustrated? Note these emotions. They are valid. They are not simply human frailties. They are very useful signals.

A: Activating Event.
Look upstream. Something happened that has led me to this moment of Sturm und Drang. What was that event? Specifically, objectively, what happened?

B: Belief System.
If this is a moment of negative emotions (C), here is the disconnect. I deeply believe something and the event contradicted that belief. What is that belief? Is that belief still valid?

“Some of our beliefs were valid when they were given to us. Like this one: Son, if you want to get something done right, do it yourself. That made sense at the time. It was well intentioned and functional. Now, three decades later, we find that we can’t trust our colleagues, we won’t delegate, we are independent to a fault. Why? This belief has become corrosive and must be destroyed and replaced.”
— Steve Anderson

D: Dependent Behavior.
The test of whether I am living functionally and healthfully is right here. Is my behavior informed by positive emotions?

Is Change Possible?
After 40 years of clashing with the world, I have found that my beliefs are not so fixed and rigid. I have enormous ability to adapt my beliefs. And it isn’t caving or compromise. It’s rational and mature. It’s part of being a (nearly) fully formed adult.

“The common trait of all authentic leaders is that they have an unusual ability to tolerate and learn from mistakes. To do this, they have learned to sit with pain and not panic.”
— Steve Anderson

Along the way, I remind myself of the wisdom of a mentor who — years ago — heard my description of my crisis du jour. He responded with a perspective that comes only with the long view of age:

“If I had known it wasn’t going to kill me, I wouldn’t have been so freaked out all the time.”

Do you know someone?
If you know folks who are experienced enough to be ready for change — and energetic and determined enough to do the hard work change requires — then send them to me.

No sense in my trying to become a fully formed adult alone.

The coach is in.