This is not what I'm talking about.

Well, to be honest, it is a story I've told several times lately. I do it for the cheap laugh. And I'd like to write it here and retire the story. (That is the mission of Net Cotton Content.)

Las Vegas, of course.
Perhaps you're a fan of Las Vegas. I'm not. I visit reluctantly, only on business or — like last month — on my way into or out of the wilderness of the Southwest.

I acknowledge that Las Vegas might be the most honest place in the world. The message is clear: we will take your money; you will go home poorer; you will come back.

I just don't like the message. And I don't patronize casinos. (I consider them a regressive tax on the majority of their audience, a group that can ill afford it.)

But this isn't about that. It just happened in Las Vegas. And, in my slight regard for Las Vegas, it had to happen in Las Vegas.

What Happened
Alisa and I were staying in a quiet hotel that has no gambling or smoking. Nice place.

But we took a step outside to inhale the 110°F stench and visit the neighboring drugstore for some toothpaste.

On the way to the CVS next door, we were walking behind a couple. We were never properly introduced, so let us call them Nichole and Nicholas Miller, as they recall a scene of Geoffrey Chaucer's The Canterbury Tales: "Nicholas anon leet fle a fart, / As greet as it had been a thonder-dent,…." (The Miller's Tale, 698-707).

(Spoiler alert: the central action is with Nichole, not Nicholas.)

The Scene
Just outside the door of the CVS, a man stands with a clipboard and a three-foot a-frame sign with the words, "Las Vegas Tour."

Never have I seen a less appealing offer. Until 10 seconds later.

Clipboard Man says, "How about a Las Vegas tour?"

Nichole, continuing to walk past, says, "I've got your Las Vegas tour — right here." This is where Las Vegas becomes Las Vegas: without breaking stride, Nichole lifts her leg and audibly passes wind. In the stillness of the heat, the sound was as loud as birdcall. Andantino, a piacere.

Fans of Robert Frost "would declare and [themselves] believe" that this bird's song was unfamiliar to Eden and without Eve's "tone of meaning." But I do think it conveyed Nichole's tone of meaning. (For me, it recalled that day as an eight-year-old in the Winding Hollow snack bar, the wet swimming suit on the vinyl chair contributing to the reverberation and resulting opprobrium.)

Curtain. Applause.
Las Vegas is different. There is none of the social graces of the 1968 Winding Hollow snack bar. Ms. Miller's wind-breaking aria earned critical acclaim.

It blew past Alisa, as she was focused on getting into the CVS. (Perhaps, frankly, my own occasional birdsong during our nearly 30 years has deafened her to the public performance of strangers.)

From my seat in the front row center, I surely heard it and adopted my usual deer-in-the-headlights expression (the cornerstone of my career).

Our soloist, Nichole Miller, kept walking, with the laugh of the Wife of Bath.

Nicholas joined her in laughter, bearing a grateful expression, as if he thought: "Never again would birds' song be the same. / And to do that to [this bird] was why she came."

The Clipboard Man, neither revolted nor discouraged, sang out with delight and approval, shouting,

If you would kindly shout this aloud, crescendo deciso, you will understand.

Oh, The Places We'll Go
This tale reminds me of a reminiscence by my friend and creative collaborator Parker MacDonell.

Long ago, as a young man, I was standing on a corner in New Orleans, minding my own business, when some fellow comes up to me and says, very enthusiastically, "Hey, fella. Come over here and look at this."

And, like a fool, I went over there and looked at that.

Parker has never told me what he saw. To this day, at the end of his quick story, dear, creative Parker, an innocent soul whose heart is pure, simply looks like a man who wants to unsee what he saw all those years ago.

Me? I'm secretly — now, not so secretly — delighted that I caught wind of this act in Las Vegas.

Well, anyway, that's the news from Las Vegas. Where flatulence is culture and all our croupiers are above average.

And Now To The Weather Desk
I write you from a rooftop in New York City, where today's heat dome will maintain the municipal fragrance of Mother Nature's own sweet breath. 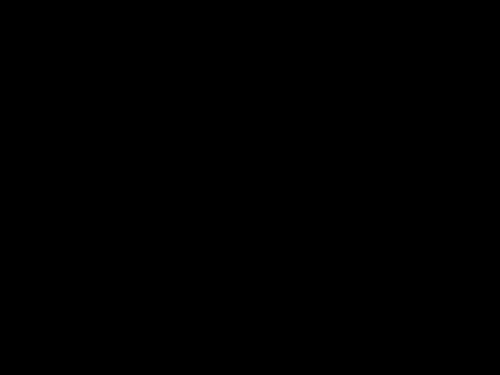