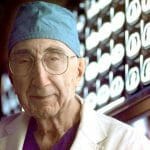 Neither is particularly pretty.

A couple years ago, the old man spoke.

We were at lunch, the only lunch we ever shared.

“May I Tell You A Story?”
He didn’t say why he wanted to tell it. But, as he shared, his motive appeared: he was processing a brutal fact of his life.

Here is the story, a story of love and loss. He said:

At college, back in the ’60s, I was in love with a young woman. She was a delight and we were soulmates.

As we faced graduation, we mutually decided to let our careers take us to different cities. We intentionally discontinued our relationship, one thing led to another, and we fell out of touch.

So far, a frequent story. He continued:

A few years passed and I was transferred to a different city, placed in an office, seated at a desk, and — at the very next desk — there she was. Imagine that! What a coincidence! Kismet? I don’t know. There she was. And she was as delightful and well-matched for me as ever.

The old man raised a finger, to stop me from commenting. He continued:

One or the other of us eventually left the company and the city.

It happened again. This time, I was traveling and we bumped into each other. Just like that. Can you believe it? A complete coincidence, again. What are the odds? Anyway, we were suddenly together. And between us: all the old feelings of admiration and longing. We chatted with heart, and a fact was quickly revealed: she was available, she had divorced.

But now I was married. Happily married! And so on. The situation had reversed to the same effect. Our conversation was limited by propriety; our meeting and parting, to a genuine embrace.

He paused. He continued:

That phrase — “but I was married” doesn’t convey the value of my marriage. You know of my marriage. Legendary. The envy of others. But, more than that, the treasure of my life. The font of our children. My wife, our love, were, to me, everything.

I had met his wife. I had heard about their love. I nodded.

He was quiet. I waited. Then:

As you know, my wife died several years ago. Cancer. Untimely. Awful.

And, so, naturally, I have increasingly wondered, where is my friend, my college girlfriend, that woman who I thought was my soulmate, but never knew because our good lives interrupted us?

We sat quietly. He clearly feared the worst. That she was gone. Dead. Or disappeared.

I muttered something about how — now, with Facebook — that won’t ever happen to my children and their lovers, how people of the social networking generation can be gone but remain easily found.

I wondered why the old man didn’t pay a private detective $100 to find his lost friend. If I suggested this to him, I’m sorry I did. The idea is too obvious. If he had done it, it obviously hadn’t turned up anything. If he hadn’t done it, he had a reason. Perhaps his reason was old-fashioned mores: one just doesn’t do that. Or perhaps he placed True Love in the hands of Lady Kismet.

We all know this pain.
The ache in the heart. A pressure in the chest.

I’ve seen it — and felt it — in childhood. In high school. In college. Beyond.

I don’t think any of their judgements were wrong. Each was following her heart, as she must. (And, to be fair, at times, I was the one saying, “no.” Those times don’t hurt as much. Huh.)

Still, when my infatuation wasn’t met in kind, I was left, holding my bruised heart, not knowing what to do, feeling humiliated, embarrassed. This seems pathetic, that I lacked the maturity with which to address the challenge: distraction, learning, recovery, renewed adventure.

I chose only distraction, the weakest of the alternatives. I placed my broken heart in the trunk of my car and drove on.

What is the cure?
I thought I knew. Here’s what I thought were the cures:

We are all freshman at the senior dance. We are all at summer camp.

Is this is a high-class heartache?
After all, many of us are so contented in fruitful relationships.

But there are those whose heartache is based on loneliness. We must respect their sorrow. It must be greater. But from here, with these hearts on the floor, we can’t tell.

We’re looking at old hearts in the trunk, pained that we cannot live two lives at once. Driving on.

Will someone please call a surgeon
Who can crack my ribs and repair this broken heart
That you’re deserting for better company?
I can’t accept that it’s over…

I wish us all strength and a fullness of heart.